However, the lack of organization of the collective of archaeologists, the consequences and potential solutions to this merit the corresponding “self-critique”. We want to know the state of the field of professional archaeology in Spain but other countries as well, the problems it faces as well as the solutions that have been attempted and their results. For this roundtable the main issue, even more than the past, must be the future. 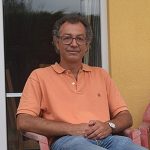 Carlos Caballero (Madrid, 1968) is Doctor of Geography and History by the Complutense University (1997) and an archaeologist. During his professional career, he has been the director or co-director of around a hundred archaeological interventions, most of them within the so-called “urban archeology”. He has been part of the teams that carried out the following interventions: the Casa de Moneda (Segovia), the Hospital of San Carlos of Aranjuez, the Garden of the Prince of Aranjuez, the Walls of Pedraza, Sepúlveda and Santo Domingo de la Calzada, the Garden of the Dukes of Osuna in Las Vistillas (Madrid). He has been part of the coordinating team of the archaeological and paleontological interventions linked to the expansion of the Madrid Metro network (2003 – 2011) and of the creative team of the Research Center for the History of Public Works in Andalusia. Since 2005 he is director of the journal “El Nuevo Miliario”, specialized in Roman roads and, since June 2017, he is president of the Archaeology Section of the Madrid College of Doctors and Graduates

Professor in the Department of Prehistory, Ancient History and Archeology of the (UCM)

María Luisa Cerdeño Serrano is Professor in the Department of Prehistory, Ancient History and Archaeology of the Universidad Complutense de Madrid (UCM). She has been coordinator of a master’s degree in Archeology of the School of Geography and History of the Complutense University of Madrid from 2007 to 2012 and from 2017 to 2019. She organized one of the first exhibits of an archaeological site in Spain: the Celtiberian Hillfort of El Ceremeño, incorporated into the rooms of the renovated National Archaeological Museum (Madrid) as a representative of Celtic Hispania. She has a long-term experience in developing museum exhibits for Archaeological Heritage (e.g. the site of Herreria funded by the regional government of Castilla-La Mancha). Her main lines of research include Celtiberian culture and archaeoastronomy. She has published several books and articles on these topics, some of which you can consult at academia.edu 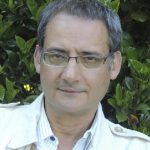 Director of the Institute of Heritage Sciences of the CSIC (Incipit)

He has been Coordinator of the Area of Humanities and Social Sciences in ​​the CSIC from 2003 to 2008. From January 2009 to December 2014 he was Manager of the Science and Society Area of ​​CYTED. In 2010 he was appointed director of the Institute of Heritage Sciences (Incipit), a new CSIC research center based in Santiago de Compostela. In September 2015, he was elected President of the European Association of Archaeologists (EAA).

He is the author of a dozen scientific books and monographs but also more than 120 research articles in Spanish and international journals, and nearly 45 informational and essay articles. He has directed 14 doctoral theses, 24 undergraduate theses and 31 Master’s theses. His lines of research are Landscape Archeology, Origin and development of Monumentality, Archaeological Theory, Archeology and society, and Public Science. He has carried out research projects and field work in Galicia, Spain, Portugal, the United Kingdom, Chile, Argentina and Uruguay.

He is member of the editorial committees of the Journal of Social Archaeology, Chungara, European Journal of Archaeology, Trabajos de Prehistoria, among others. Co-chair of the scientific committee of the Coexistence Program, a joint project of the CSIC and the Max Planck Society, and member of the scientific committee of the JPI on Cultural Heritage and Global Change. 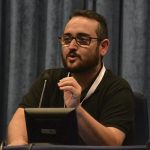 Jaime Almansa is Doctor of History and Archaeology by the Universidad Complutense de Madrid. After studying the optative module ‘Cultural Heritage Management’ in his first year at the university  with Professor Querol, he discovered a vocation. In his professional life he has worked for more than a decade in the private sphere, also focusing part of his professional career as a researcher in heritage management. His main line of research revolves around public archeology, mainly aspects related to the politics and image of archeology. He is also founder and editor of AP: Online Journal in Public Archeology. In addition, he has dedicated a significant part of his time to the professional context of archaeology, where he has been involved at different levels since 2006, both in Spain and at the European level. 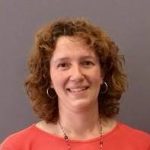 Born in Valencia in 1973, Yolanda Alamar Bonet has a degree in Geography and History from the Universitat de València. She is specialist in Geography and Prehistory and Archaeology. After completing her doctorate studies, in 2012 she obtained the DEA in Archeology from the Universitat Jaume I of Castellón, and was also the author of various research articles. Over the years she has completed her training with numerous courses and masters related to the environment, terrestrial and underwater archaeology, geographic information systems and new technologies. As for her professional career, she started as an archeologist, becoming head of the Archeology department of the environmental consultancy Hidtma-Ecomar for 10 years. Since 2013 she has been working as an autonomous archaeologist, combining her work with teaching. She is currently President of the Section of Archaeology of the Official College of Doctors and Graduates in Philosophy and Letters and in Sciences of Valencia and Castellón and a member of its Governing Board.