If there is something we should do with Archaeological Heritage it is to tell stories. Stories about what we have been, but also about what we are. Professor Querol designed the Plan of Archaeological Parks in the 1980s to ensure that these sitespromote a high social profitability; but there is hardly any knowledge of the real results of these projects, which are numerous hitherto. To keep the site preserved, to ensure that panels and all interpretative elements (from human guides to the role of panels in archaeological sites) play correctly their function while being sustainable from physical and interpretative perspectives. Integrating sites with other areas or uses, using new technologies, keeping research or implementing innovative systems of recovery are important as well. But, what are the effects of these stories on society? To what extent do we present the past as the guarantee or the explanation of the present? How to achieve more inclusive and meaningful archaeological sites for people’s lives? What obstacles do we find? What opportunities? We will favour the presentation of results of public studies, surveys on this topic, on works about designing panels, etc. 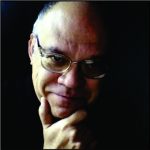 Manuel Gándara Vázquez is Doctor of Design and New Technologies (UAM -Azcapotzcalco), Doctor of Anthropology (ENAH), and a doctoral candidate (Univ. Of Michigan). Being full-time researcher at INAH since 1972 and professor at ENAH since 1977, he is a researcher on the theoretical and epistemological problems of archaeology; and today, on dissemination as a heritage conservation tool, particularly with new technologies and communication strategies. He is a pioneer in educational computing. He developed more than three dozen multimedia educational programs for museums.

His academic interests include human-computer interaction and educational uses of digital technologies, subjects on which he has written and taught courses at national and foreign institutions. He directed the ENAH and the Centre of Technology and Educational Media of the SEP. His most recent book is El Análisis Teórico en Ciencias Sociales [The Theoretical Analysis in Social Sciences] (COLMICH). He was a Fulbright and CONACYT fellow. He received the Distinguished Visiting Scholar Award from the Univ. Of New South Wales, Australia. He is Desirable Profile PRODEP. Nowadays, he is a researcher SIN level 2.

He is a professor of the Postgraduate course of Museology at the ENCRYM / INAH, where he teaches courses on educational communication and significant dissemination in museums and heritage sites. He is director of the Project “New technologies and new strategies for the dissemination of archaeological heritage”. 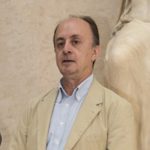 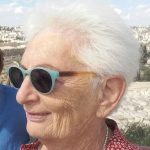 Expert in interpretation and presentation of historical heritage

Renee Sivan is a renowned museologist, expert in interpretation and presentation of historical heritage. Born in Uruguay, she has lived in Israel since the 1960s. She studied archaeology and art history at the Sorbonne in Paris and at the Hebrew University of Jerusalem. She acquired his museological education at the Louvre School in Paris. In the late 1980s she established her private office, specializing in museum interpretation of history, development of museum programs, conceptual design as well as interpretation and presentation of archaeological sites. Among her projects, the creation of the Museum of the History of Jerusalem in the Tower of David stands out, where she acted as main curator until 2014. She was in charge, among others, of the creation of the SAJMuseum in Cape Town (South Africa), the Museum of the Philistine Culture in Ashdod, the Davidson Virtual Center in Jerusalem, and she recently elaborated the conceptual program for the establishment of the Babyiar Museum (Ukraine). She established the basic guidelines and was a museum consultant for the Museum of the Jews of Catalonia in Gerona. In the field of the museumization of archaeological sites, he introduced new systems of interpretation and presentation, being in charge of much of the presentation of the most important archaeological sites in Israel. She has given numerous conferences on museology and heritage presentation. Periodically since the 1990s, she has attended workshops and seminars at various academic institutions and universities in Israel and abroad. She has publications in the field of museology, archaeology and the exhibition of historical and archaeological heritage. 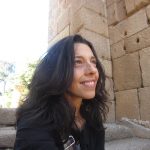 Alejandra Saladino is a museologist and archaeologist, and professor in the Department of Studies and Museological Processes at the Federal University of the State of Rio de Janeiro (Brazil). She is a lecturer in the Professional Master in Preservation of Archaeological Heritage of the Institute of National Historical and Artistic Heritage of this country. She has devoted herself to those topics related to museums, memory and heritage and has focused her research on preservation policies and management as well as on the socialization of archaeological heritage. She has twice been the coordinator of the Network of Museums and Archaeological Collections of Brazil, which brings together professionals and researchers dedicated to contributing to the preservation of the country’s archaeological heritage.

Retired professor from the Department of Prehistory of the UCM

Francisca Hernández Hernández is a retired professor from the Department of Prehistory of the Complutense University of Madrid, where she has taught the disciplines of Prehistory, Museology and Management of Cultural Heritage. She is a member of ICOM and ICOFOM, assiduously collaborating with this journal. She has directed and participated in various research projects and is part of the research team  of Cultural Heritage Management. She has focused her research on the Protohistory of the Iberian Peninsula, particularly in the study of the town of Villasviejas and its necropolis. Currently, she researches into theoretical and practical Museology and its interrelation with the natural and cultural heritage. The goal of this research is to elaborate a museological discourse that, drawing on textual and institutional hermeneutics, is willing to accept the concerns and proposals of the people who are in the sociological and cultural peripheries. Among her latest publications some are particularly significant such as  Los Museos y el Patrimonio en una sociedad líquida (Museología e Património, vol. 1, 2019) [Museums and Heritage in a liquid society], Reflexiones museológicas desde los márgenes [Museological reflections from the margins] (Trea, 2018), Las necrópolis de El Romazal y el conjunto arqueológico de Villasviejas del Tamuja [The necropolis of El Romazal and the archaeological ensemble of Villasviejas] (Botija / Pasenzuela, Cáceres) (La Ergástula, 2017) and Zbynèk Zbyslav Stránský And Spanish Museology. (Museologica Brunensia, 2016) 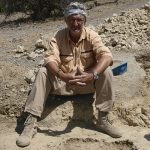 Enrique Baquedano Pérez holds a degree in Geography and History, speciality in Prehistory and Ethnology, from the Complutense University of Madrid.

He directed “Revista de Arqueología” (1982-3) and in 2002 he created and directed the series of monographs “Zona Arqueológica”. He has published more than 100 articles on archaeology and more than half of them in impact journals.

Since 1999 he directs the Regional Archaeological Museum of the Regional Government of Madrid of which he has been the creator and sole director until now. Since 2001 he has co-directed excavations in different sites: the carpetan oppidum of El Llano de la Horca in Santorcaz (Madrid), in the Neanderthal sites of Pinilla del Valle (Madrid) and in the Olduvai Gorge (Tanzania).


He has given over a hundred conferences on archeology, mainly on human evolution, and taught in several master degrees. He directs, along with Manuel Domínguez Rodrigo, the Institute for Evolution in Africa at the University of Alcalá.

He has organized and directed numerous congresses, seminars and cycles of national and international conferences. He has been the curator of several archeology exhibitions, being particularly significant “The Cradle of Humanity”, which was exhibited in Alcalá de Henares, Burgos, Barcelona, ​​Olduvai and Dar es Salaam.