Although greatly used, the term preventive archaeology has very specific characteristics in the publications of professor Querol and her team. These characteristics have not always been well understood nor been implemented as proposed. The key ideas of her proposal have been the protection of archaeological sites through land planning, the use of environmental assessments for decision-making on archaeological preservation or excavation, the coordination among

administrations, agents and the classification of areas based on their archaeological potential in order to distinguish between “Reserve Areas” and “Caution Areas”, or terms alike. To what extent have these principles been implemented? What have been the results? Is it worthy to keep on insisting on this? What other strategies are being undertaken to reconcile urban growth and Archaeological Heritage protection? Once again the main protagonist, besides the past, must be the future. 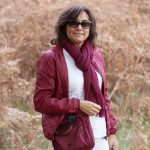 Silvia Fernández Cacho is Doctor of History with European mention and a University Expert in Landscape Protection, Management and Planning by the Universidad de Sevilla. Since 1993 she has developed at the IAPH various projects and actions related to the design and development of heritage information systems, territorial management of archaeological heritage and documentation and study of cultural landscapes. She has been coordinator of the Area of Archaeology and head of the Laboratory of Cultural Landscape of the Center of Documentation and Studies, of which she has been head since 2009. From these positions she has participated or led  the design and development of the System of Information for the Archaeological Heritage of Andalusia , the Digital Guide to the Cultural Heritage of Andalusia, the Andalusian Model of Archaeological Prediction, the Register of Landscapes of Cultural Interest in Andalusia or the Guide to the  Historical Urban Landscape of Seville, among others. She has done research stays in Rome (University of Rome II), Paris (University of the Sorbonne and National Institute of Art History) and Los Angeles (Getty Conservation Institute) and has participated as a speaker at numerous courses, conferences, seminars and expert conferences , both national and international. She is member of expert commissions responsible for developing national and regional plans (Commission of Archaeology and Building Resources of the Andalusian Government, Commission of the National Plan for Cultural Landscapes and Commission for monitoring the Andalusian Landscape Strategy or Heritage Commission Cultural of the Universidad Internacional de Andalucía). Finally, she is also part of scientific committees of journals and specialized conferences, as well as those responsible for reviewing publications and research projects.

Resident in Mahón, Menorca Island (Balearic Islands). He has a degree in Geography and History, specializing in Prehistory and Ethnology of the Iberian Peninsula, from the Complutense University of Madrid (1990). He holds a postgraduate degree on Archaeological Heritage and Cultural Resources: Evaluation and Management, from the Open University of Catalonia (UOC) and one on Master Plans for Museums, from the UNED. He has a Master in Museology and Museums from the University of Alcalá de Henares (2014) and a PhD in Prehistoric Archaeology from the Autonomous University of Barcelona and the University of Cantabria (2016) with the outstanding qualification “cum laude”. His thesis was entitled ” Society and Change in Menorca. Systematization of the archaeological contexts of the funerary navetas of Menorca ».

He has been an associate professor at the UIB Department of History and Theory of the Arts (2000-2011), and is part of the ARQUEOUIB research team. From 2017 to 2020 he was director of the fortress of Isabel II, La Mola, and currently occupies temporarily the position of archaeologist of the Servei de Patrimoni Històric del Consell Insular de Menorca. He is a member of ICOMOS-Spain and is part of ICOFORT-Spain.  He is also a member of the Institute of Studies of Menorca. It has published several books on the prehistory of the Balearic Islands and numerous articles on funerary archaeology and the management of historical heritage in Menorca. 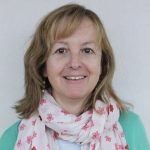 Holds a degree from the University of the Balearic Islands, specializing in History with a study on “Bronze Figures in the Protohistory of Mallorca”. He has a postgraduate degree in Archaeological Heritage Management from the Open University of Catalonia and is a member of the History and Archaeology Section of the Menorquí d’Estudis Institute since 1986. She was a member of the Technical Commission of the Biosphere Reserve between 1996 and 2004.

She worked at the Museum of Mallorca from 1982 to 1986 where she did his professional internship in Museology, and at the Museum of Menorca between 1986 and 1995. In both centers she prepared the temporary exhibitions and co-directed archaeological investigations.

She is a founding member and has been Secretary of the Board of the Association of Amics of the Museum of Menorca between 1995 and 2002. She works at the Historical Heritage Service of the Consell Insular de Menorca since 1995 and has been head of the Service from 2007 to 2015 and from 2018 to date. 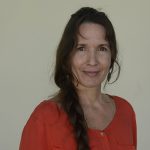 She has participated in various archaeological investigations in domestic, funeral, defensive and industrial contexts. She collaborates with different research centers in Cuba, and with the Offices of the Conservator of Trinidad, Camagüey and Santiago de Cuba. She has been part of several research projects such as African Diaspora, from the University of Syracuse, USA (1998-2010); The treatment of archaeological assets in World Heritage cities of the European Union and Latin America HUM-65484 granted by the Ministry of Education and Science. National R&D Plan, 2007-2010, Madrid (2009-2010); The archaeological dimension in World Heritage cities: advances for heritage management in Alcalá de Henares (Spain), Havana (Cuba) and Puebla (Mexico) State Plan for Scientific and Technical Research and Innovation (2013-2016) (HAR2013-46735 -R); City, heritage and museums in Spain and Latin America: contributing to the challenge of social cohesion (PR87/ 19-22584 / Santander-UCM Research Projects. Call 2019. PR87 / 19).

She has participated as a speaker in various events that have addressed  archaeological heritage management such as the Three International Conferences on Best Practices in World Heritage (Menorca, Spain), the XI International Anthropology Conference, Cuban Institute of Anthropology, Havana (2012) ; or The First International Symposium: Archaeological Heritage, Identity and Protection Camagüey, 2015. She has published her works at national and international level. She is a member of the List of Professionals of Archeology of Cuba and is a member of the Scientific Council of the journal Gabinete de Arqueología. 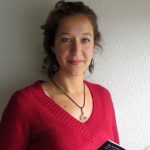 Professor at the Polytechnic University of Cartagena

She is an Architect from the Universitat Politècnica de València (2002). Since 2012, she has worked as a lecturer at the Universidad Politécnica de Cartagena, in the area of ​​Architectural Composition (since 2018 as Associate Professor). She has taught classes on Built Heritage and has developed research projects on architecture at the University of Colima, Mexico (2008-2009) and at the Colegio San Gerónimo in Havana, Cuba (2010-2011). She also resided in Vienna for six years, where she developed her doctoral thesis on the relationship between Viennese and Valencian modernism. Since 2011 she has collaborated with the Cultural Heritage Management Research Group of the Universidad Complutense de Madrid which have developed various projects on urban archaeology and World Heritage. 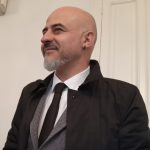 Francisco José Moreno Martín is lecturer in the Department of Art I (Medieval Art) at the Universidad Complutense de Madrid. He is Doctor of Art History with European distinction by the Universidad Complutense de Madrid (2009). Among his main lines of research include the architecture and archaeology of conventual ensembles dated between late Antiquity and the Early Middle Ages in Europe and East Mediterranean, archaeology of architecture, the sculptures and architecture of Early Middle Ages, liturgy and documentation of the Spanish Early Middle Ages. He is chair of the Board of Directors of the Spanish Association of Medieval Archaeology.

He has participated in different research projects including projects related to educational projects, such as the project titled MUPART Memory and Use of the Past Through Art, led by L.Arciniega of the Universidad de Valencia or the project “Itinerant Classroom of Cultural Heritage”, led by Moreno Martín. He has taken part in archaeological excavations in Madrid, Albania and Italy. 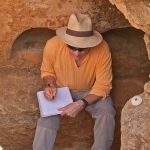 Ignacio Rodríguez Temiño holds a degree of Geography and History (Universidad de Sevilla) and is Doctor of Archaeology and Sciences of the Antiquity (Universidad de Granada).  I have been municipal archaeologist in Écija (Sevilla) between 1984 and 1990. I have been museum curator of the Regional Government of Andalusia since 1994. Since 2003 I have been working in the Archaeological Complex of Carmona, the ancient Roman Necropolis of Carmona. My areas of interest within the  historical-archaeological research have ranged from spatial archeology, during the mid-1980s, to the Roman funerary world nowadays, through archaeological methodology and Roman urban planning. However, my main research effort has focused on archaeological heritage management. Initially, this interested has been pursued through urban archeology, the protection of rural heritage, and I have later focused on the fight against looting and illicit trafficking in antiquities. On this last topic I participate in various R & D  projects and the conservation of archaeological assets and educational activities in museums. Working in the Roman Necropolis of Carmona, the first archaeological site to be open to public visit in Spain, also enables me to dedicate myself to historiography.